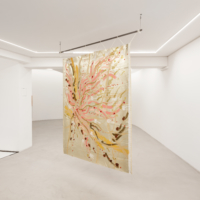 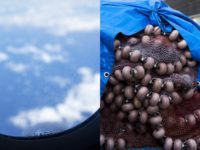 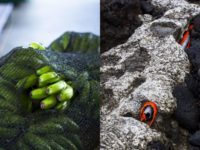 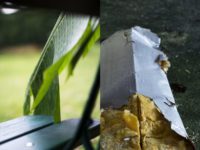 Francisco Osorio’s practice lies in perceiving and augmenting objects towards a consideration of their possibly transcendent functions. Working across media he engages a process of collecting objects from a variety of sites places them in his studio as an act of generating a coherent context wherein they can coexist despite their differences, losing their sense of placelessness- no longer abandoned. In experimenting with the construction and deconstruction of characterisation of these objects, narratives materialise and new registers emerge. Osorio’s work, thus rendered, reflects the intrinsic performativity of process, and through its documentation he remains consistently open to novel forms. Such dualities as weight/ lightness, roughness / delicacy, opacity/ translucence, order /chaos are questioned in their dialogue, thus, his work is an ongoing conversation between spheres of expectation and connotation. Osorio researches persistently the complex dynamic between the organic and the industrial in nature, architecture, and intimate spaces. His work strikes a balance between the playfulness and melancholy of the ongoing effort to arrive at any fixed conclusion.