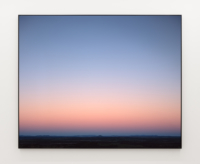 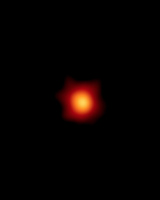 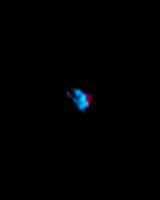 He has a degree in photography from Escola Superior de Tecnologia de Tomar and a master’s degree from the European Master of Fine Art Photography at IED Madrid.

His research is related to landscape studies and the relationship between art and science, being frequently involved with research institutions in astrophysics, aerospace engineering, hydrography, among others.

In 2008 he was one of the seven artists selected for the Anteciparte prize. In 2010 he developed a two-year artistic residency at Carpe Diem Arte e Pesquisa, from which resulted the solo exhibition Mono, in 2012. In the same year he was selected for the award Abre Alas 8, promoted by the gallery A Gentil Carioca, in Rio de Janeiro. Also in 2012 he participated in an artist residency on the island of São Miguel, in the Azores, at the invitation of Galeria Fonseca Macedo. This residency resulted, in 2014, in the exhibition Azores and the launch of an artist book with the same name. In the same year, at the invitation of the Museum of Modern Art Aloísio Magalhães, he carried out an artist residency in the city of Recife, with the intention of developing a new artistic work on landscape and colour study.

In 2015 he integrated the Creative Residencies of Pico do Refúgio, on São Miguel Island, developing the research bases for the series Satellites.

In 2018 he was one of the artists invited to participate in the series Um.Artista, by director Markus Avaloni, premiering the same year on Canal Arte1 Brazil.

In 2021 he accomplished  “Previsão de Deriva”, about which was produced the documentary for television “Deriva”, by director Luis Costa, with premiere scheduled for the end of 2022.

Still in 2021 he stays for 5 months in the forests of the northeast of Brazil where he produces the series Superflora, now presented for the first time at Galeria Foco.

Since 2007 he is a lecturer in photography.