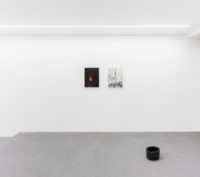 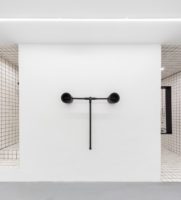 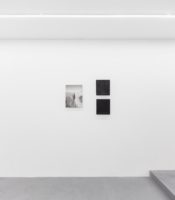 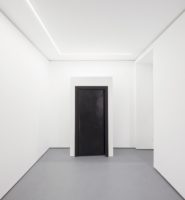 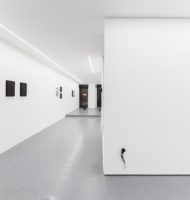 Some anthropologists argued that spirituality, in all its institutionalized declinations and individualized forms, has its origins in relation to death, by introducing a belief system that alleviates the fear of it. Several religions believe that there is an otherworld that provides the possibility of a life form after death, where the soul can be saved from its material condition. Art, having emerged from myth, magic and religion, has maintained a close relation to these narratives for many centuries. Nevertheless, after a long process of secularization it somehow still maintains a sacred aura, channelling spiritual insights and providing a form of existence after death.

Arthur Danto in his seminal essay “The Artworld”, defined the artworld as “standing to the real world… [as] the city of heaven stands to the earthly city”. In his opinion, artworks, if recognized as such by the spectator, are “transfigured” into a distant ontological realm, completely different from that of real things. Later in 1987, Gilles Deleuze, in a lecture titled “What is the creative act” expands the horizons of this notion by giving to the act of creation itself a spiritual and existential character. The French philosopher states that a work of art is an act of resistance against death because it is an inevitable impulse to materialize a thought or an emotion in an object, an act of “transubstantiation” of the artist inside the work he created, that will eventually keep his flame alive when time comes. In light of these views, we could argue that in the genealogy of spirituality and that of artistic creation, there is a close relation to mortality; but what is mortality, death, if not the end of time, its conclusion?

Carolina Serrano’s exhibition, Forever about to end, introduces this idea of life and art as part of the same existential and spiritual struggle against the work of time. The exhibition presents two interrelated fields of interest explored through sculpture, drawing and photography. One being the exploration of the duality between interior- exterior, full and empty space. The photographs in the show capture the startling manifestations in nature of shadows and lights forming “wounds” in the ground, mysterious apertures and physically inaccessible places. In the series s/título (noites nocturnas), we can find in a different medium a transposition of these forms, with a process of production marked by the dichotomy of presence and absence. This theme is also present in the two works inside of the niches, Sou eu que me lembro and Tanta alegria e tu a chorar yet not in relation to form but to time: present and past.

The sculptural dimension of her work is instead aimed at inquiring about the possible ways to use time as matter, exploring the theoretical,conceptual and material possibilities of black coloured wax, a material malleable with fire. This element is present at the very beginning of the exhibition in the invisible drawings. The fire depicted in the wax sheets can only be seen if the spectator finds the right inclination to discern them, a metaphorical and physical quest for light, that alludes to the participation of the spectator in the process of the successive sculptures. When lit, the wax matter of the candle is sacrificed to the verticality of the flame and an inanimate object gains time, becoming mortal. For this reason, candles have become a symbolic substitute for the ancient practice of animal sacrifices to the Gods. In this way, candles when used in ritualistic contexts, become a substitute of the person who lit them and when we leave the place where the offering took place, in our mind, the flame of the candle continues to burn, keeping the prayer alive. Hence, at the same time that the candle becomes mortal, it also acquires a metaphysical perpetual dimension, a glimpse of eternity. In the same way, the latent mortal element inside some the artist’s sculptures allows them to exist in two temporal dimensions, one finite and the other impossible to measure: a transcendental time living outside of ours, a time more glorious and eternal than the one we commonly experience, a time closer to that of art. If the vulnerability to fire is recognized, it empowers the artworks to mirror our human condition, creating a second act of “transubstantiation”, this time of the spectator inside of the sculpture.

In this way, identifying in the sculptures a latent mortal element, opens the door to the possibility for the sculptures to be “seen” in a different way, to be melted and be endlessly destroyed with our inner (in) extinguishable flame, making them always ready to end and begin again.